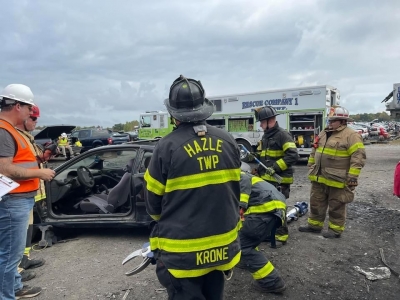 Members along with companies from multiple counties spent 3 days with the staff from IFSTA doing vehicle rescue scenarios that will be featured in upcoming editions of the IFSTA vehicle rescue manual....
➜
Check Presentation 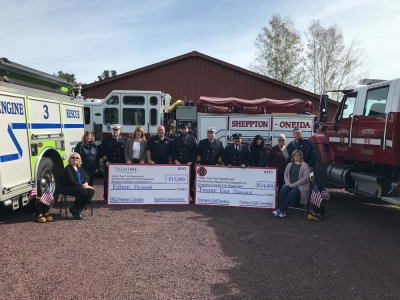 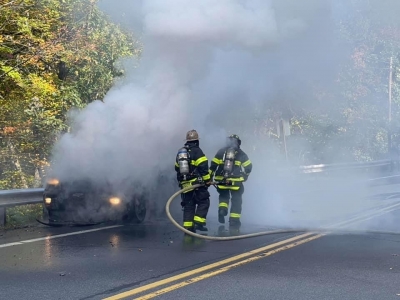 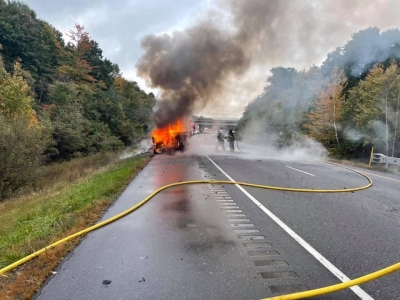 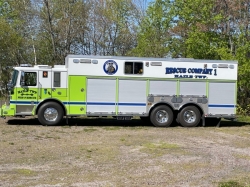 00:26 Hazle Twp Rescue was special requested to 1755 Tomhicken Road in Black Creek Twp for a MVA with entrapment. Nuremberg Fire and Sugarloaf Rescue initially arrived with heavy entrapment and partial ejection. Crews worked with multiple hydraulic and hand tools as they tunneled their way into the vehicle. Rescue arrived on scene, accessed the situation and met with command. Because of the severity of the call and given the circumstances, R-141 crew suggested a controlled lower technique. The rescue crew began gathering equipment and set up to preform the task. As the crew from Hazle Rescue began the lower, enough room was gained to safely remove the victim. The patient was totally extricated at 02:08 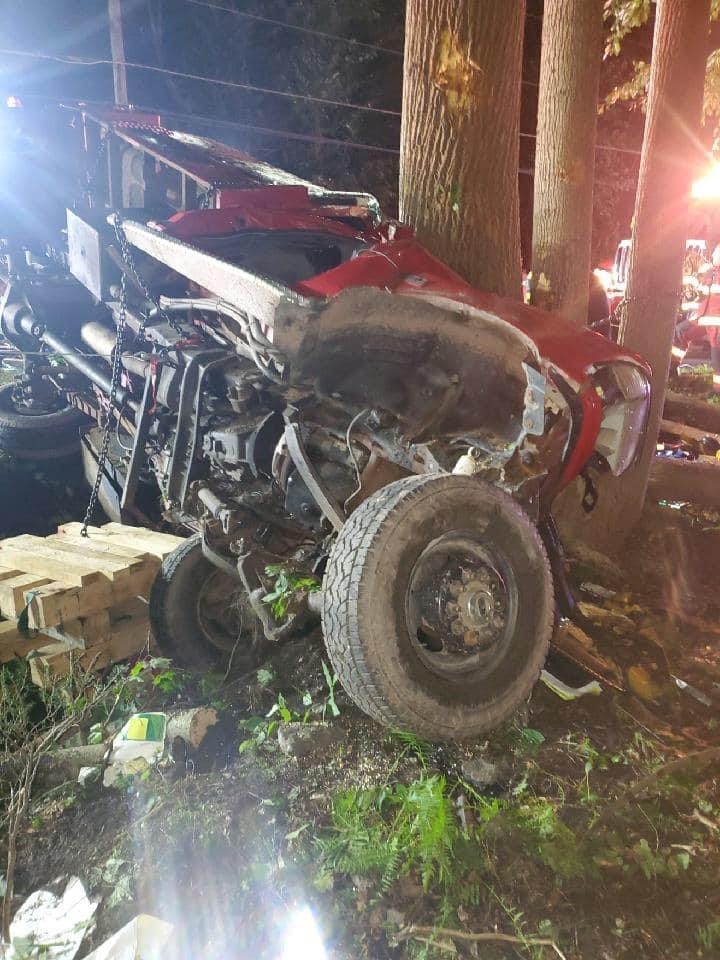 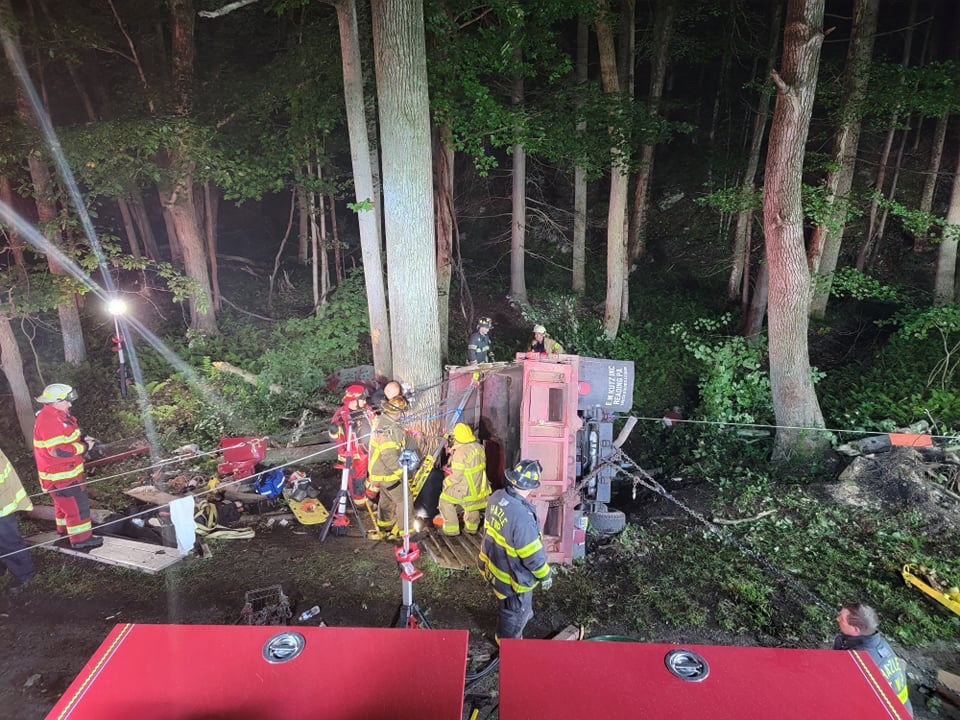 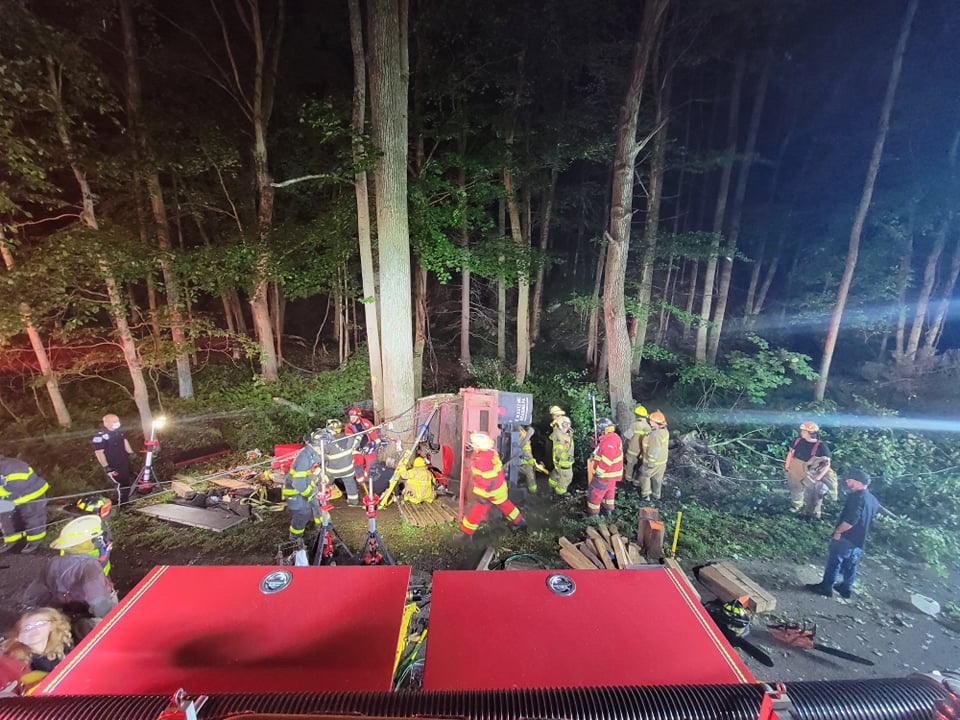 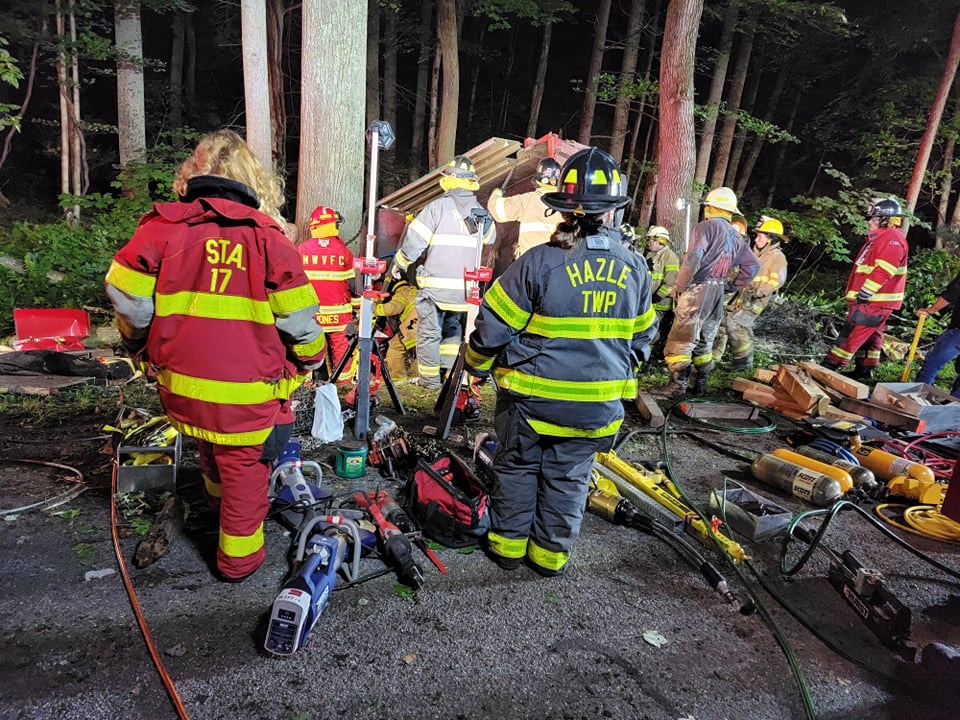 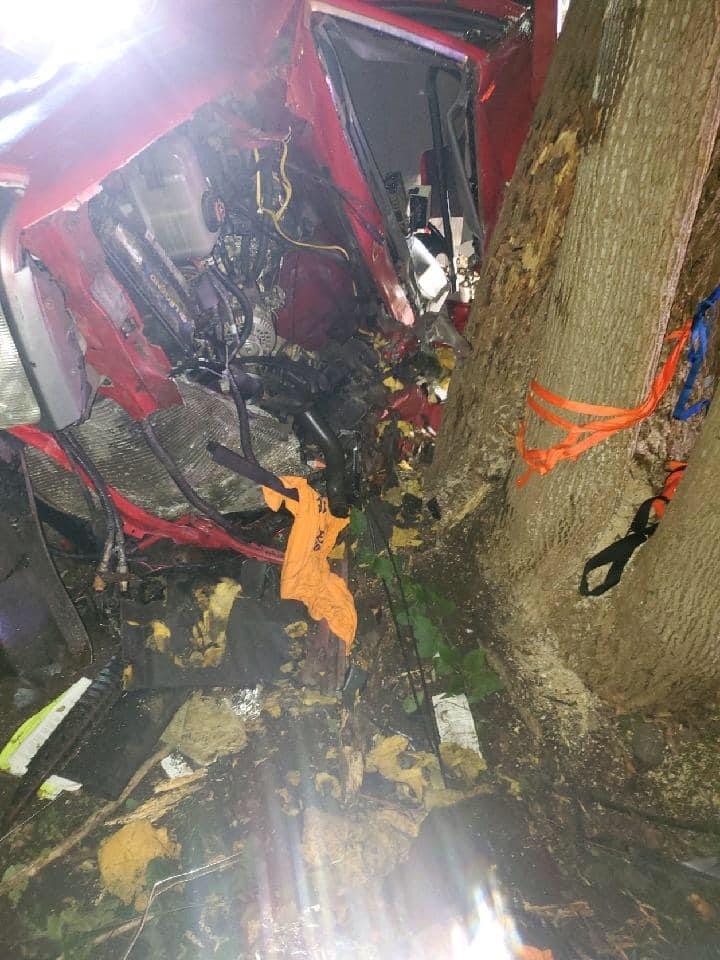 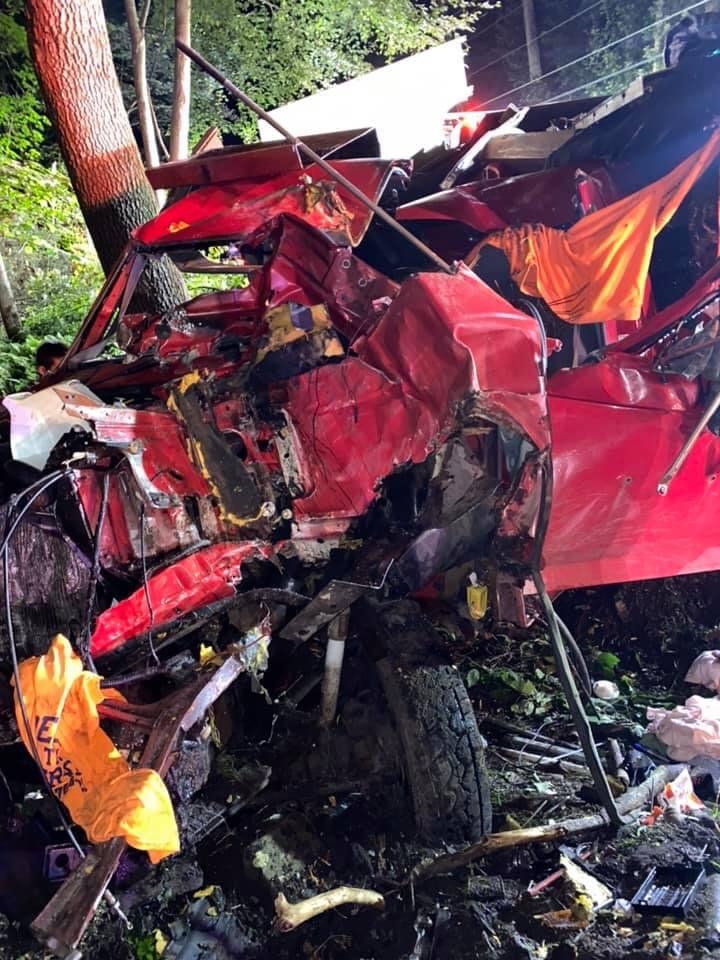 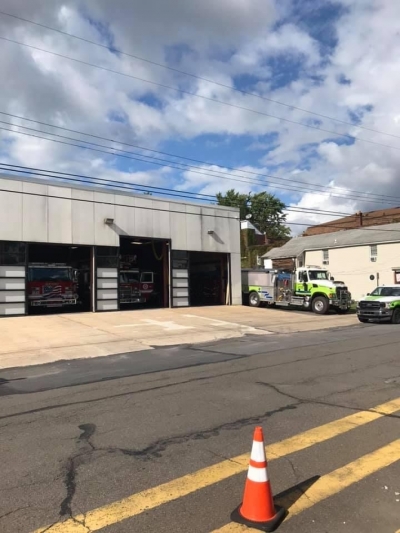 Tanker 6 was on standby at Nanticoke Fire HQ during a major water main break situation affecting Nanticoke, Plymouth Twp and Newport Twp municipalitiesCrews back at home also responded to a crash with injuries, a child locked in a car and a kitchen fire
➜
Tractor trailer Fire-Kline Twp 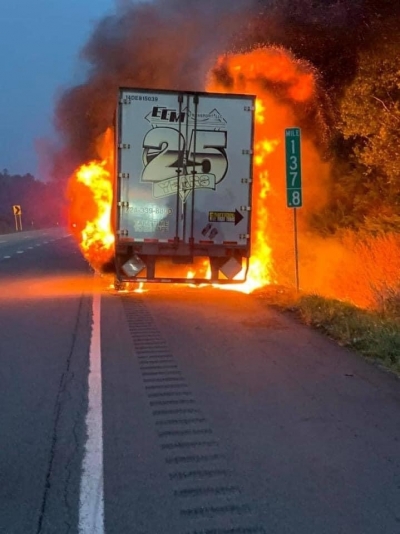 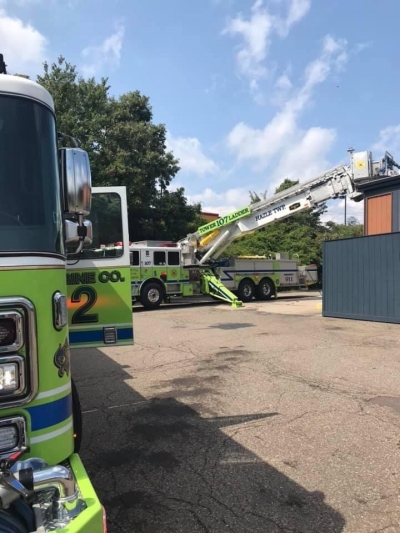 Units this afternoon were dispatched to Long John Silvers on Susquehanna Blvd for a fire in the fryers. Units arrived to find the fire was extinguished by the Ansul system. Building was checked for extension, while returning to station, we were alerted to a car fire in the Walmart parking lot.
➜
Crash with heavy entrapment-Mutual Aid 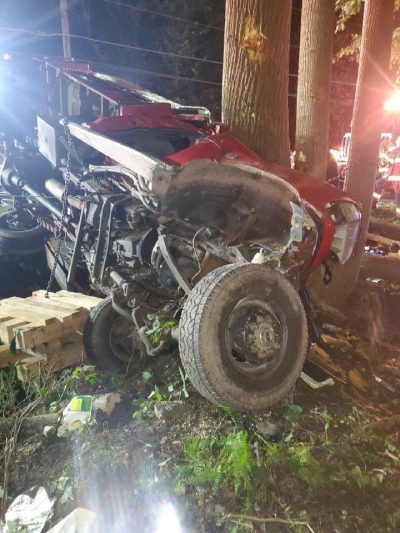 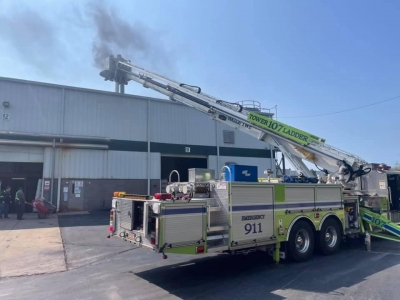 10:21hrs Hazle Twp Fire dispatched to 555 Oakridge Road in the Humboldt Industrial Park for an AFA. 141 Chief arrived with smoke showing from the rear of the structure and upgraded the box to a commercial structure fire.
➜
Car Vs House 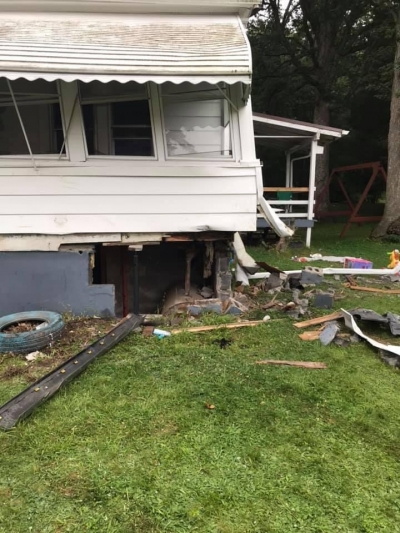 1525hrs Rescue and Engine 2 responded to S.Hunter Hwy to handle a crash with reported entrapment (Valley Regional had simultaneous calls). Patient with moderate injuries was removed from vehicle by EMS and personnel on scene prior to arrival of apparatus.
➜
Camper Fire 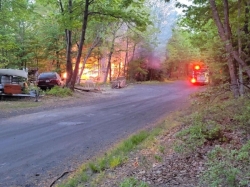 20:05 hours Hazle Twp Fire was dispatched to 8 Bees campground at Bonners for a working camper fire. Engine 3 with the Lieutenant went enroute and arrived in the area with smoke showing from a distance.
➜
RIT call West Hazleton 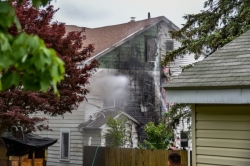 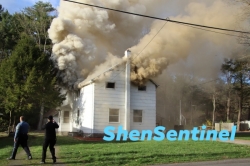 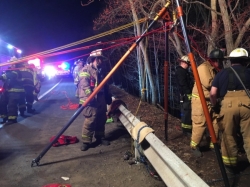 The Rescue Company was requested just after 1930 hours to assist Valley Regional Fire on North Hunter Highway near Sleepy Hollow Road for a motor vehicle crash with ejection. Additional information received reported a vehicle off the roadway down a 100 plus foot embankment.
➜
Crash with entrapment 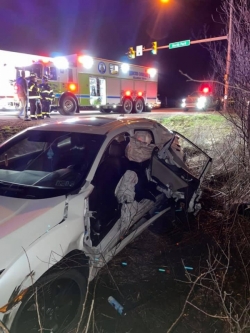 At 00:44 hours Hazle Twp Fire/Rescue along with Medic 26, Ambulance 577 were dispatched to the area of Cando Expressway(924) and North Park Drive for a motor vehicle accident. Rescue arrived on scene to find a two vehicle crash with one patient entrapped.
➜
RIT on Hazleton City residential fire 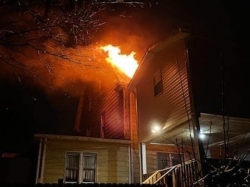 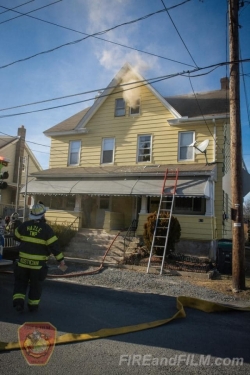 Volunteers were alerted just after 1700 hours to 601 West Green Street for a reported house on fire. 141-E2 would arrive to find a working fire in the attic of multi-family duplex. The crew would stretch (1) 1.75” hand line and quickly control the fire holding it to the room of origin.
➜
Ladder on Packer Twp working fire 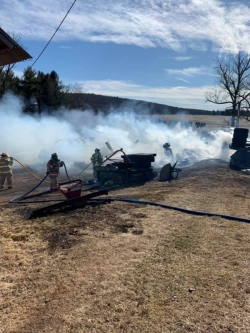 Friday afternoon, L-4 and the command car assisted the Citizens Fire Co of Weatherly with a working fire in Packer Twp
RIT into Hazleton City 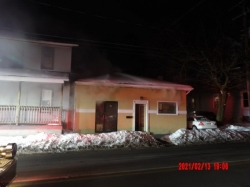 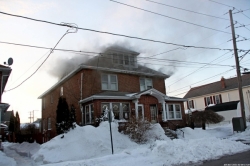 Monday afternoon, E3,Tower 7 and the tanker assisted Fearnots fire Co at Washington St and Wyoming Ave with a working fire in a 3 story duplex
Saturday proves to be Busy Day 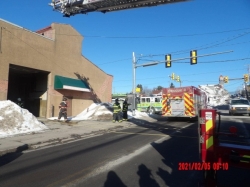 Volunteers were kept busy this morning handling multiple incidents. Truck 7 responded to 100 East Diamond Avenue in Hazleton City for the reported building Fire. At the same time, Chief 1 (KOSTICIAN) investigated an alarm sounding at the Corrigan House which was determined to be a culinary incident....
➜
Crash with entrapment during Noreaster

This site has been viewed 351,032 times.
Calls
News
Events
Pictures
Apparatus
Maintained by the members and staff of Hazle Township Fire and Rescue. Designated trademarks and brands are the property of their respective owners. Copyright © 2006-2021. YourFirstDue Inc. All Rights Reserved. Content on this web site is supplied by Hazle Township Fire and Rescue. YourFirstDue Inc. cannot be held responsible or liable for any content, text, pictures, or any other media found on this web site.
Management login
Powered by